10 Important Things to Research Before Your Next International Trip

Traveling to a foreign country for the first time is exhilarating... but can also be overwhelming at the same time. With a little extra planning and preparation before your trip, you can make sure it runs as smoothly as possible. Today we are sharing our key questions to ask yourself about a specific country before traveling abroad to a new place!

1. Are there any travel alerts or warnings for my destination?

Before planning any trip abroad, you should first check the US Department of State Travel Advisories for your desired destination. You'll want to ensure that there aren’t major safety or security risks to be concerned about.

There are four advisory levels: 1. Exercise Normal Precautions, 2. Exercise Increased Caution, 3. Reconsider Travel, 4. Do Not Travel. These warnings can include terrorism, kidnapping, civil unrest, and armed conflict. You can view the world at a glance on a color-coded map. These unsafe conditions can change quickly so it's important to stay up to date with text or email notifications once you choose a destination.

American travelers can also notify the nearest US embassy about their trip for free with the Smart Traveler Enrollment Program. If civil unrest or a natural disaster occur, the US authorities will be alerted that you may need to be evacuated. 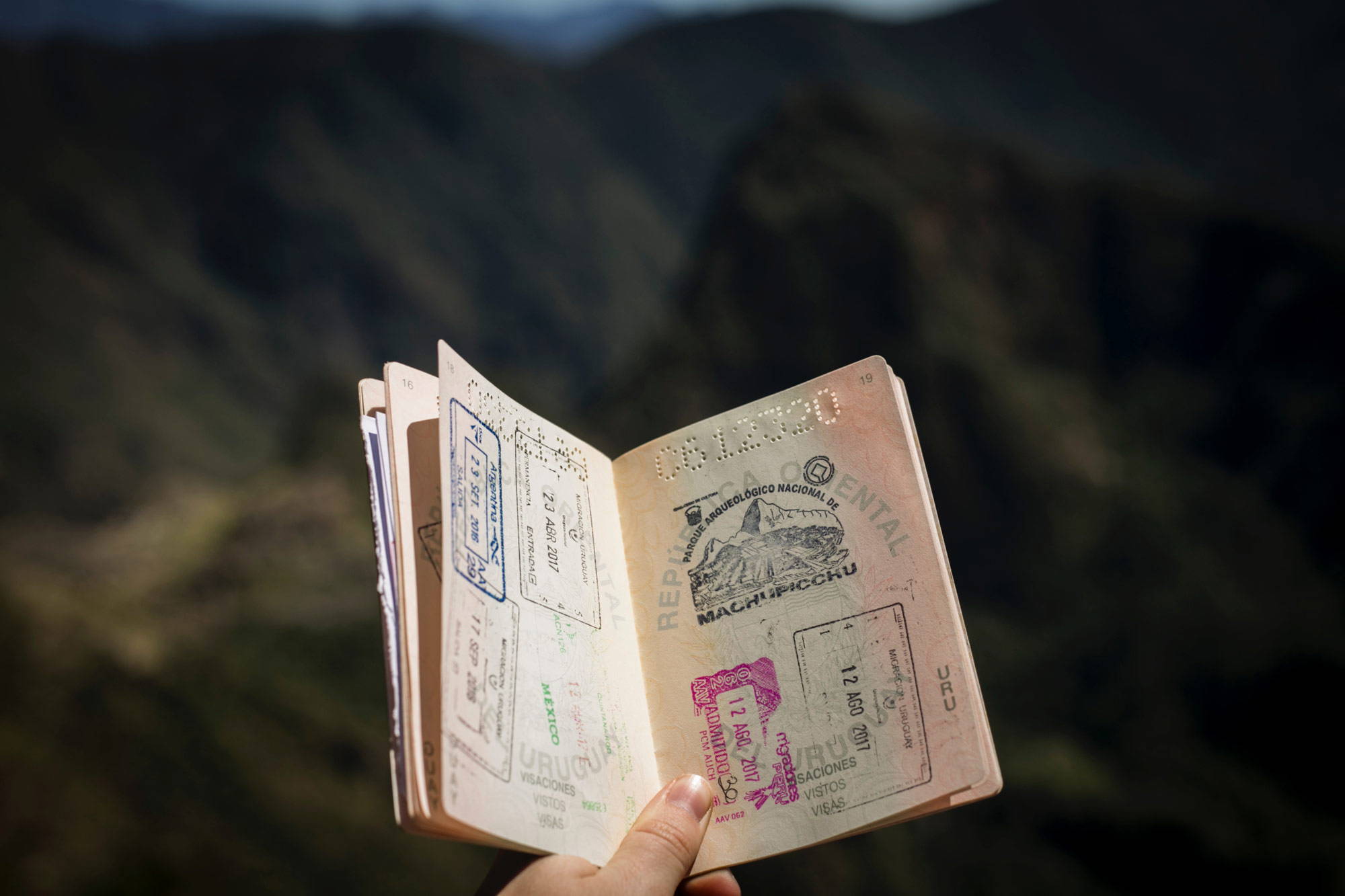 Learning about your destination's visa requirements before arrival is crucial. The United States has the 22nd-most powerful passport in the world and 116 foreign countries allow U.S. citizens to visit without a visa. However, visas are required for Americans visiting popular countries such as Australia, China, Cuba, Vietnam, Brazil, and India.

American passport holders can find the requirements for their destination and register on CIBT Visas. Note that many countries require you have the visa in advance, but some allow you to get your visa upon arrival. Many other nationalities are stricter, so be sure to check Travisa for your departure and arrival country to determine if you need a visa.

This answer depends on a variety of factors such as your travel destination, age and medical history. Be sure you are up to date on your routine vaccines such as for measles, and also meet with a doctor to ensure you get all destination-specific vaccines.

There are certain vaccines that are recommended to protect yourself as a traveler from getting sick, whereas there are other vaccines that are required by the country’s government to keep travelers from bringing the virus into the country. For example, the yellow fever vaccine or medicine to prevent malaria are required to enter certain areas of Africa and South America. Whereas typhoid medicine is recommended (not required) to prevent yourself from contracting bacteria not native to your home county. You can check the up to date vaccines recommended and required on the CDC website.

4. What is the local language? How widely is English spoken? 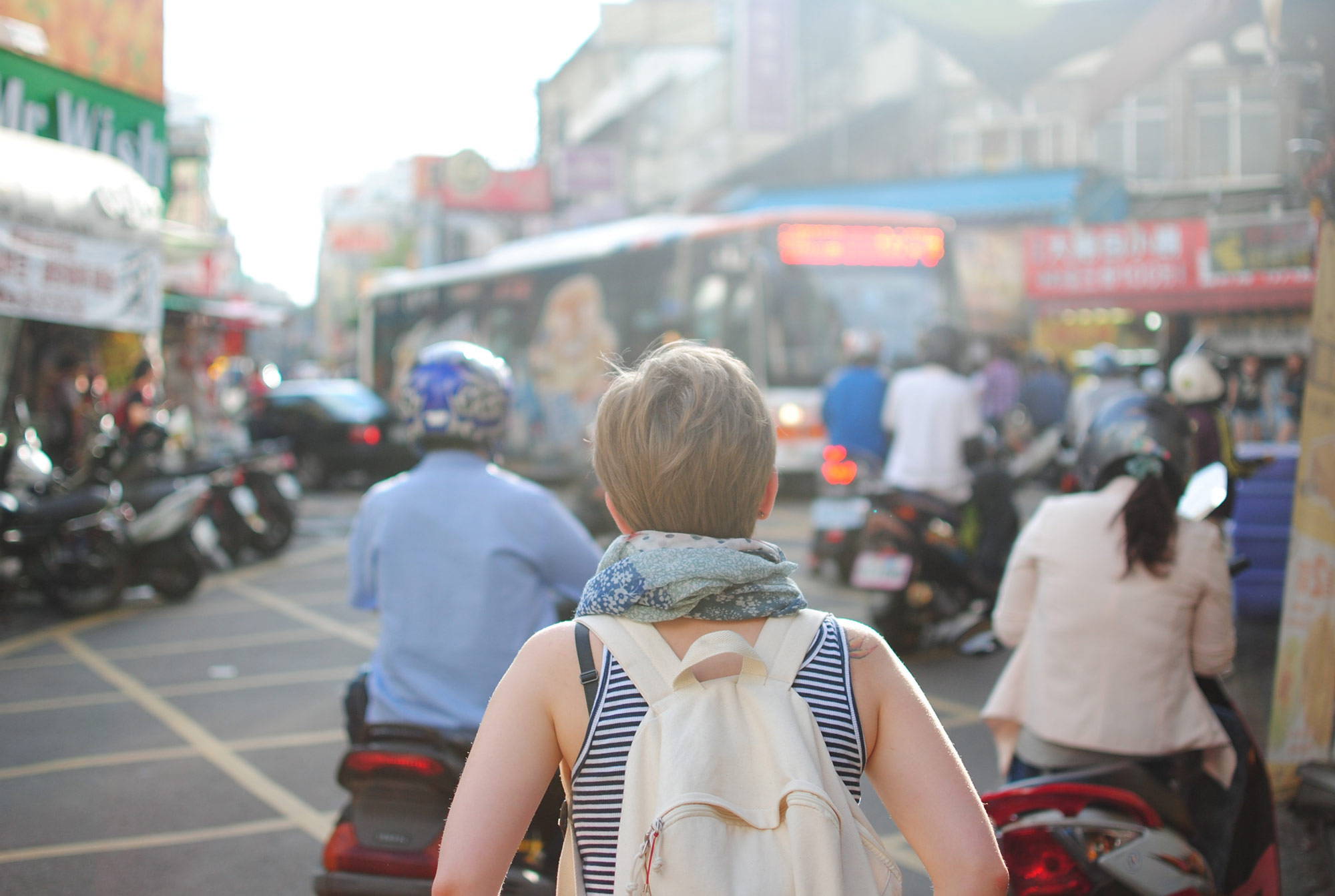 There are 45 countries where at least half of the population speak English and you can easily get by. But there are several popular countries where less than 10% speak it including China, Colombia, Brazil, Russia, Argentina, and Chile. This shouldn't deter you from visiting, but you should try to learn common phrases such as “hello,” “please,” “thank you,” “excuse me” and "do you speak English?" to make for more pleasant interactions.

Another helpful tip is to download a foreign translation app such as iTranslate or TripLingo on your phone. If you don’t have an international data plan, you can use a dictionary app which doesn’t require Internet access.

5. Can I safely drink the water?

This is key information to know to avoid ending up with illnesses that can be transmitted by bad water including travelers diarrhea, typhoid and cholera. Here is a list of the countries based on how safe the water is to drink.

In addition, be careful not to use the water to brush your teeth or for ice in your drinks.

6. What are the duty and customs restrictions?

Many countries have strict duty restrictions and will either tax or confiscate certain food items, pets, and medications. Check with the foreign embassies and consulates in the U.S. for your destination country to find out what is prohibited.

Certain countries don't allow you to export (or leave) the country with a certain amount of currency, gold, firearms and ammunition, antiques, religious artifacts and literature, and more. Travelers who violate foreign customs rules can be detained at the airport, fined or in some cases, be sentenced to prison.

Items that you cannot bring into the United States include wildlife and wildlife products (furs, ivory, coral, feathers, etc), fruits and vegetables, and meat. You can find the full list of prohibited and restricted items on the US Customs and Border Patrol website.

7. What is the local currency? Are credit cards widely accepted? 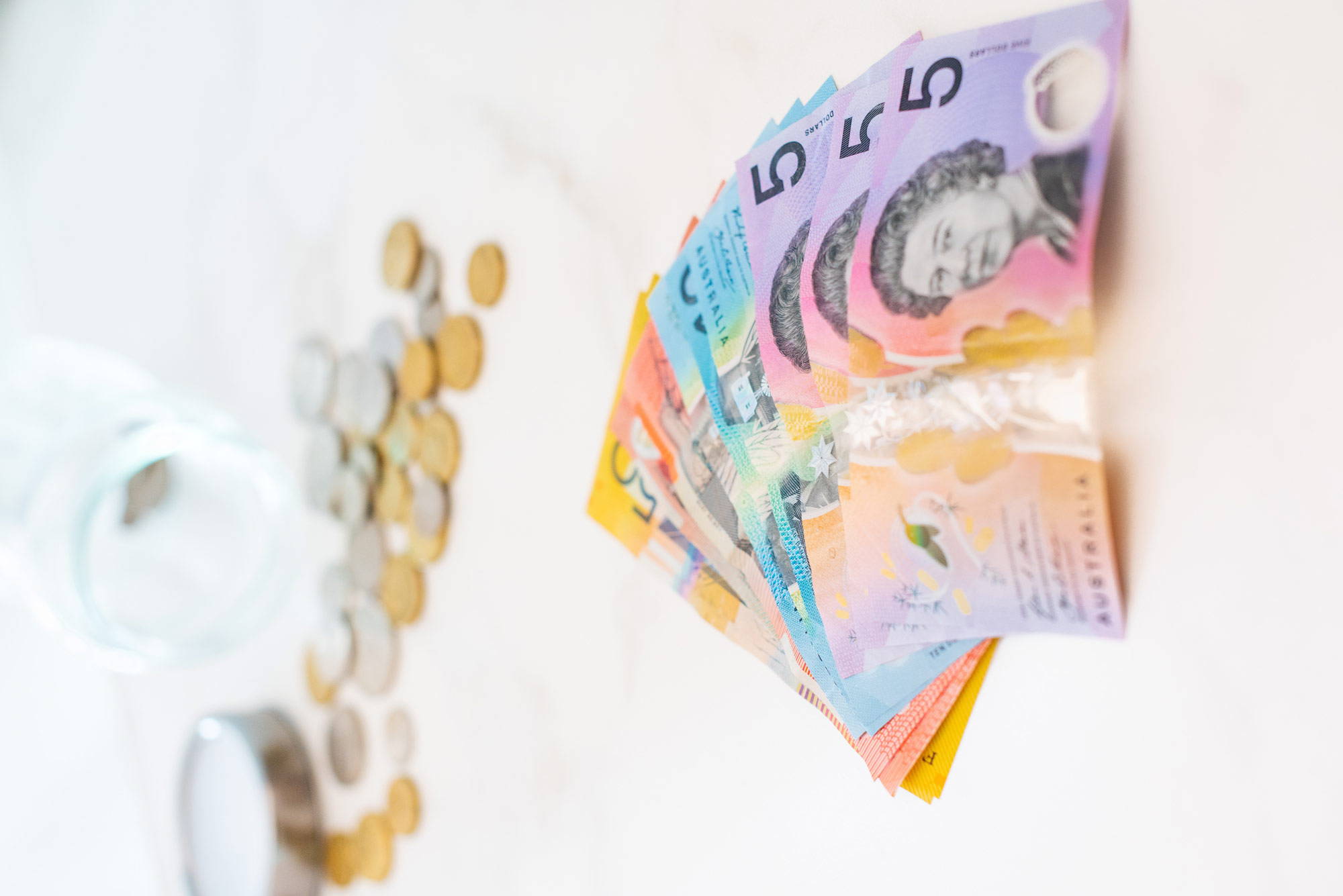 When visiting another country, you typically need to convert your money into the nation's currency. However, the U.S. dollar is widely used throughout the world in countries such as in Canada, Mexico, many of the Caribbean islands, Belize, Panama, Ecuador and Costa Rica.

It is recommended to exchange money at your bank in your home country for the best exchange rate. Never wait until the airport to do so as they have very poor rates.

Most countries with built up infrastructures also widely accept credit cards. And many credit cards such as Chase Sapphire offer zero foreign transaction fees. Be sure to alert your bank of your travels so your purchases are not flagged as fraud.

8. What is the appropriate dress?

For the most part, countries with a majority Muslim, Hindu or Buddhist population are the places where you’ll need to cover up to respect their culture and values. This includes Morocco, Jordan, Turkey, Dubai, Indonesia, Egypt, Iran, Sri Lanka, North Korea and more.

In the Middle East, women should wear long pants or skirts and long sleeve shirts covering the chest area. The dress code is much less strict for men who can wear knee length shorts and a shirt that covers their shoulders. Rules are stricter in countries like Saudi Arabia and Iran where is is best to be covered on your head as well. But countries like UAE (Dubai, Abu Dhabi) and Turkey are more open to visitors dressing in a modern yet in a respectable way.

In Western countries, you can usually wear anything. But if you plan to visit religious sites such as temples, mosques, and churches, it is always proper to cover your shoulders and legs above your knees.

9. What outlets are used?

There are 15 different types of outlets around the world, each requiring different plug prongs and voltage. The most common countries traveled to fall into one of four outlet types for the US, UK, Australia, and Europe.

Different countries also have different electrical voltage. In the US, electricity runs on 110-120 volts, whereas many other countries run much higher at 220-240 volts. You will want a converter if you are visiting a country with a higher voltage so they don't fry your gadgets.

10. What are the cultural differences and proper etiquette? 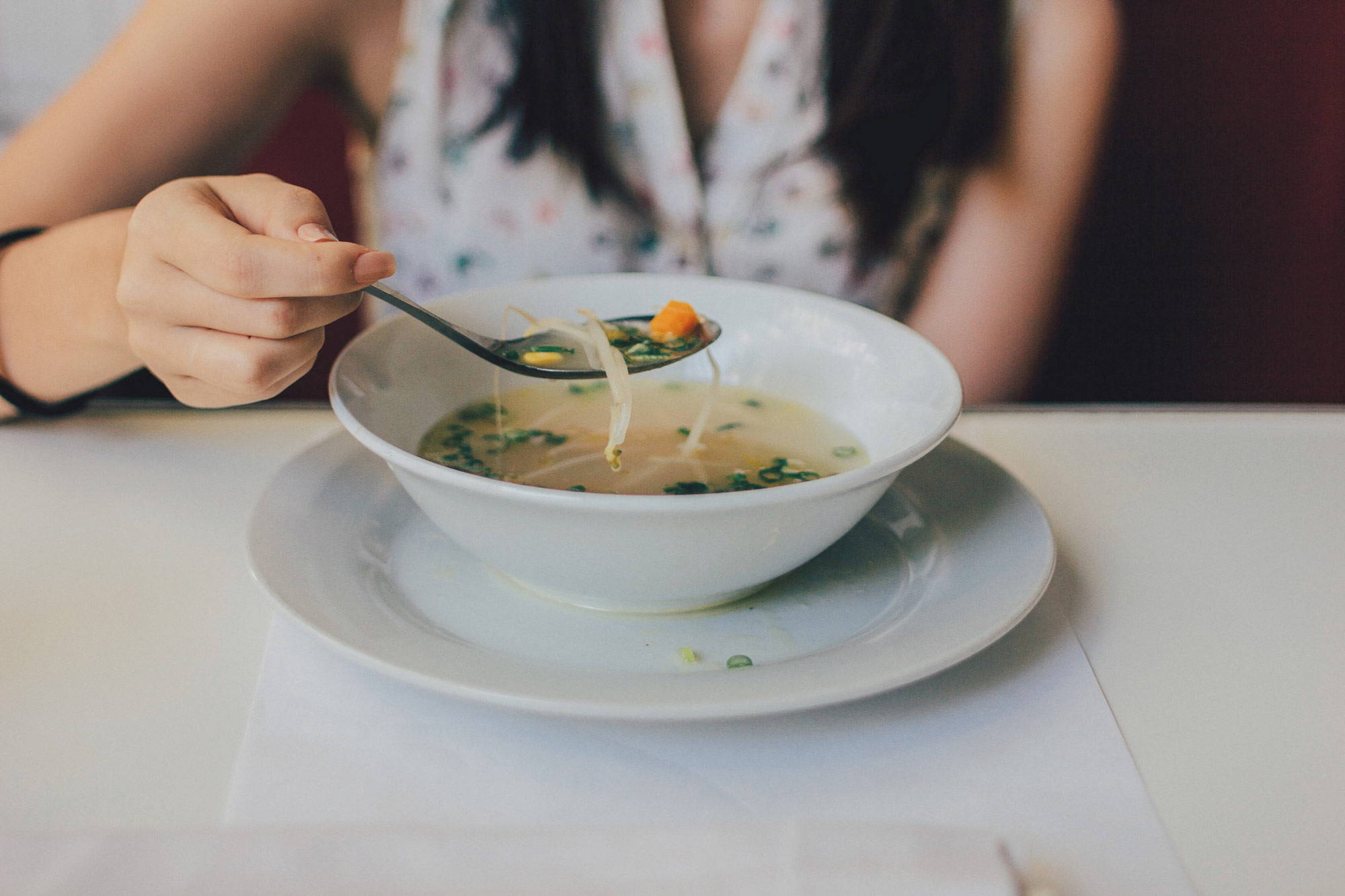 In France, don't rush a meal or a coffee date. The French prefer to take their time and savor the experience. Dinners are more like an event, with several courses over a long period of time. Asking to split the bill or for a doggy bag is considered rude and makes you look cheap.

In countries like China, Japan, Thailand, Finland and some African nations, it is custom to remain silent as a meal is an occasion revolving around the food and not the conversation.

In Japan, unlike in America, slurping your noodles or soup shows your appreciation to the chef. And never cross, lick or stick your chopsticks vertically into a bowl of rice. This is considered rude.

In Australia and Ireland, its not "every man for themselves" mentality at the pub. it is common practice to take turns ordering a round of drinks for the table. This is known as “shouting."

A handshake is the most common greeting in the United States, the UK and Canada, A bow is seen in Thailand and India.

Whereas kissing is the norm in many other countries, One kiss is seen in Colombia, Argentina, Chile, Peru, and the Philippines. Two Kisses is common in France, Spain, Italy, Greece, Germany, Hungary, Romania, Croatia, Bosnia, Brazil, and some Middle Eastern countries (but not between opposite sexes). And three Kisses in Belgium, Slovenia, Macedonia, Montenegro, Serbia, the Netherlands, Switzerland, Egypt, and Russia.

In the USA we are used to making direct eye contact to indicate our interest in a conversation. In many Asian countries, too much eye contact can make people uncomfortable.

This can be a bit subjective depending on if you are tipping for a bar, restaurant, taxi or other service. As a general rule of thumb tipping amounts for popular destinations are as follows:

It should be noted that even in countries without a tipping custom, it's become expected in touristy areas to receive tips from Americans, even if they don’t expect tips from the locals. But this is up to your discretion.

And there you have it! We hope you have find this guide useful in planning your next international trip. Be sure to subscribe below to stay up to date with our latest and greatest travel tips!